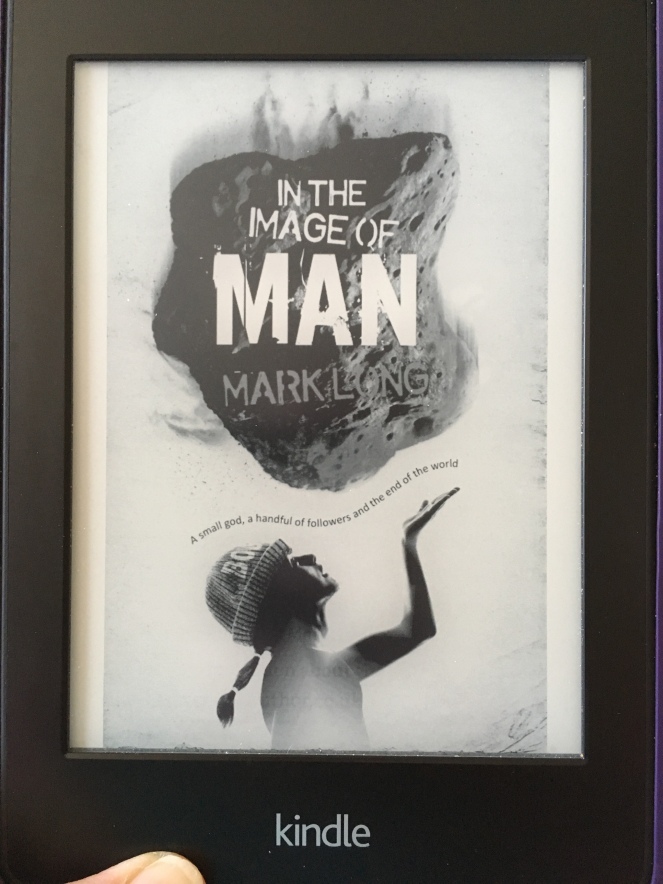 If you like outside the box fiction with a spiritual twist, then you might enjoy In The Image Of Man. This book follows the journey of a little invisible god named Bob who starts out as a little spark until an old vendor repair man named Ray calls out, “Bob’s your uncle,” when he survives a car accident. Thus how the little god got the name Bob. This is Bob’s journey on how he learns to be a god and what it means for a god to have faith in those who believe in him.

Bob watches over his first believer Ray until he discovers a new believer by the name of Mary. She’s been going through a lot with her job and boyfriend. One day when Mary is upset, Bob spells out some words using her tears for her to be able to see that he exists. She is shocked and not quite sure what to make of it, but when interesting things start happening in her life thanks to Bob, she starts to believe in him.

I received my complimentary digital copy of In The Image Of Man by Mark Long via Booktasters care of the author. The views are my own and of my own will. This book explores the concept of belief and how believing in something helped both Ray, Mary and others. I think it was fascinating hearing the story from the viewpoint of Bob. It was interesting how Bob interacts with those who were raised on Western Christianity vs an Eastern faith. It’s also, interesting how Bob learns about humans and our society throughout the story.